HuDost has a folk quality yet is quite postmodern; the band offers new takes on ancient words and melodies, cross-cultural hybrid transcendental chill-out music with an edge.… This is not fluffy new-age music—it’s serious, complex fare with no aversion to addressing agony. Sommer’s vocal execution is precisely orchestrated, her voice-opening, hollow-toned vortexes piercing through the tough spots. This album is a journey of music and spirit.

The music of HuDost weaves a seamless tapestry of Folk, World, and Rock that renders tears and laughter in listeners, cultivating the nameless longing that abides somewhere in all our hearts and invoking total celebration. HuDost’s core musicians are Moksha Sommer, from Montréal, and Jemal Wade Hines from Kentucky. Having toured the U.S., Canada, and Europe constantly since April 2006, HuDost has grown and expanded, travelled rocky and glorious terrain and marveled at all they can learn and explore. Moksha and Jemal Wade in this time have grown as artists, as seekers, as a couple and as a family. Since 2015 they have also been highly engaged activists, doing advocacy work as KY Congressional District Representatives for ONE (a non-profit organization working to end extreme poverty and, specifically, the sexism of poverty).

HuDost's new album, ‘Anthems of Home’ (street date: November 19, 2021; radio date: January 7, 2022) defines real, honest love and is a lush, breathtaking original collection of compositions that ask important questions. In this time of loss and awakening HuDost’s new album gives powerful voice to this journey in a way that will remain timeless and will prove the resilience that we all share. Special guests on the album include Jars of Clay, The Accidentals, Christie Lenée and others. Their early release from the new album, ‘Our Words Will Be Louder’, included additional music video cameos from Kevin Clash (Elmo), Kevin Hearn (from the Barenaked Ladies), Cy Curning (from The FIXX), GangstaGrass, Alana Bridgewater, Nawal, Hymn for Her, Jai Uttal, and more. HuDost worked with minister/activist William J. Barber II and all proceeds from it went to the Poor People’s Campaign. It received press coverage in over 130 major news publications and radio including CTV News, The Observer, Roots Music Canada, All Access Music, and received the ‘Best Music Video of the Week’ from Blues and Roots Radio.

HuDost functions as a duo or as a band, including guest musicians of varying sensibilities and backgrounds, and often including dance in their shows. As a duo their instrumentation includes vocals, harmonium (Indian Pump-Organ), NORD Keys, guitars, Dulcinet, percussion, and a slew of sonic ambient effects. Their music is a rich, eclectic blending of pop and rock with traditional Sufi music, Bulgarian, Croatian, Macedonian and Balkan folk music, Farsi, Turkish, Arabic, and folk. Their sound crosses all borders and barriers, taking the listener on a journey they will never forget.

HuDost's music is a powerful expression of life's journey and discovery. In 2008, Moksha went through a painful process of brain surgery due to a tumor. The healing from this included re-learning language skills, losing and regaining proper sight, and experiencing seizures. This could have been staggering but instead served as learning that has fueled a potent desire to bring healing through sound. In 2013 their amazing son, Kaleb, was brought into the world. It is through music that the losses and gains, pains and triumphs, and excruciating beauty of life can be given a voice of empathy to the synonymous lives of all people. Both critics and fans have said time and time again that the music of HuDost is this very expression.

HuDost makes music for the sacred and the profane…driven by Sommer’s lush expressive alto and Hines’ skilled strumming and electric guitar licks, HuDost’s performances feel as sacred as a church service, without the identifiers which can separate and shame non-believers.

Yogis, kirtan lovers, ecstatic dance fans, and even people who don’t normally listen to sacred music are all raving about Sufi Kirtan by HuDost. In track after track, the neo-folk world rock duo brings heartfelt presence and innovative musical stylings to ancient Sufi mantras of love and healing. And it’s not surprising why. HuDost’s lead composer and singer, Moksha Sommer, has studied 12 different vocal styles from around the world. On Sufi Kirtan, her vocals simultaneously soothe and soar. Her partner in love and music, Jemal Wade Hines, lends a rock sensibility and sonically rich layers of vocals, guitar and synths. It’s official: Sufi Kirtan positions HuDost as a force to be reckoned with in modern mantra music.

Teeming with rich, iridescent vocals layered over powerful electric guitar licks, driving percussion and the haunting church organ-esque tones of the harmonium accented by the shimmering strings of Shahi Baaja (Electric Indian Auto-Harp), Bazouki and Dulcinet, HuDost’s one-of-a-kind sound is built on the impeccable musicianship of life-partners Jemal Wade Hines and Moksha Sommer. HuDost performs as either a duo or along with a band of fellow eclectic musicians—often engaging concertgoers through multiple mediums by weaving performance art and dance into their shows for an unforgettable experience that will leave audiences spellbound. 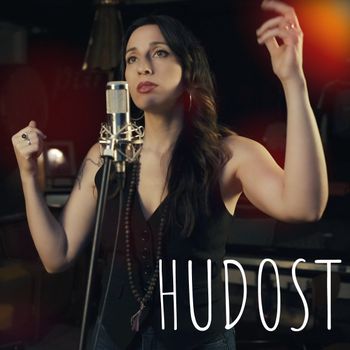 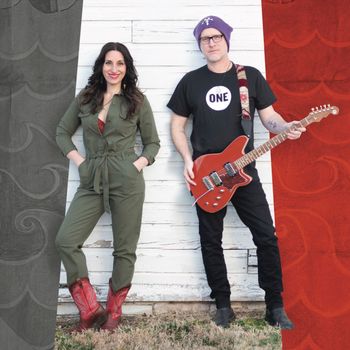 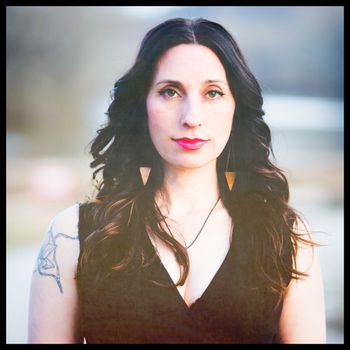 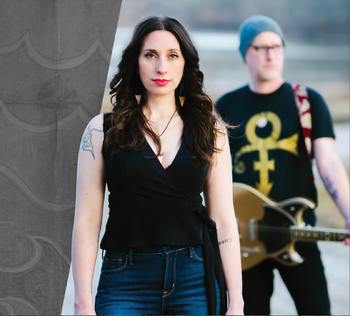 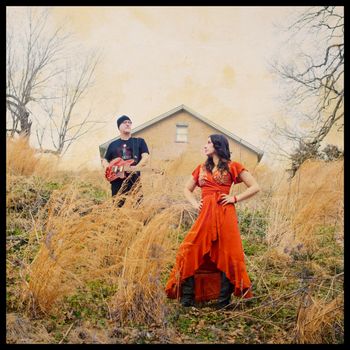 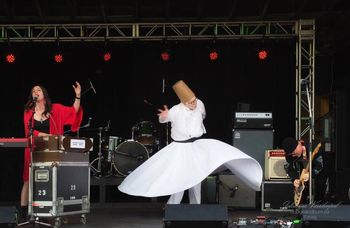 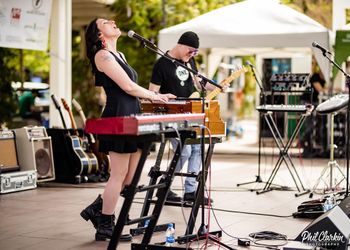 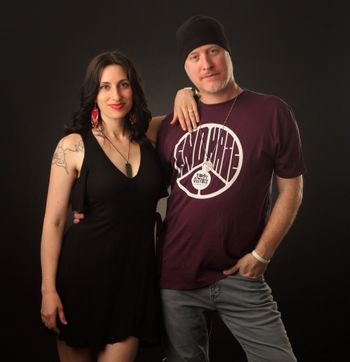 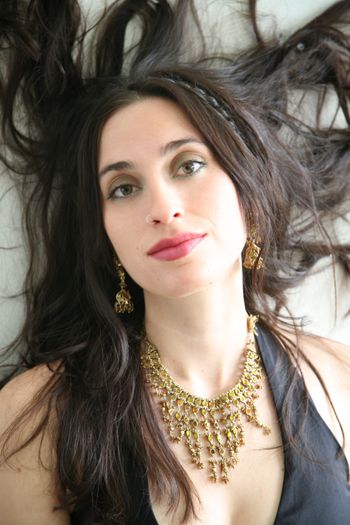 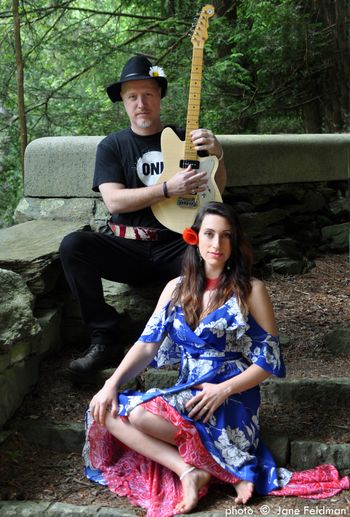 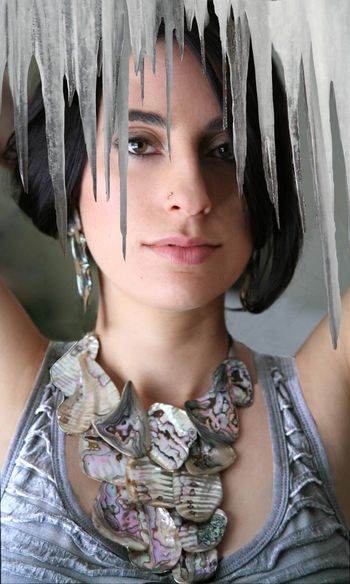 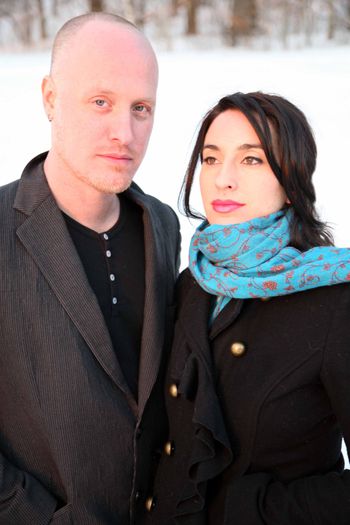 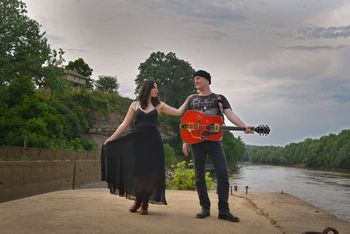 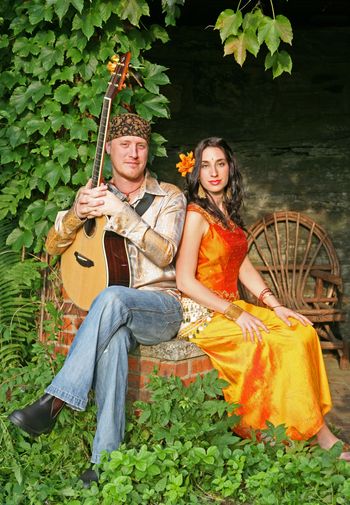 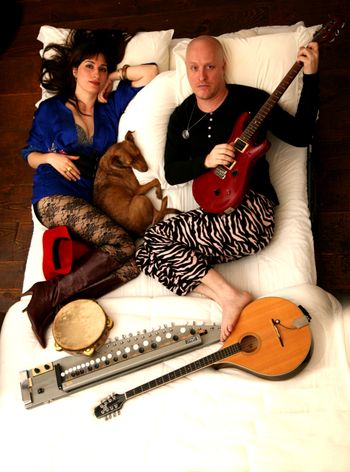 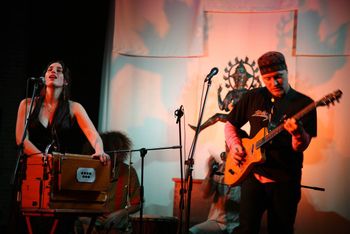 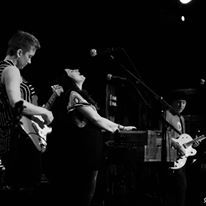 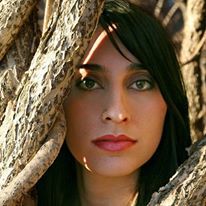 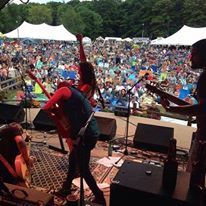 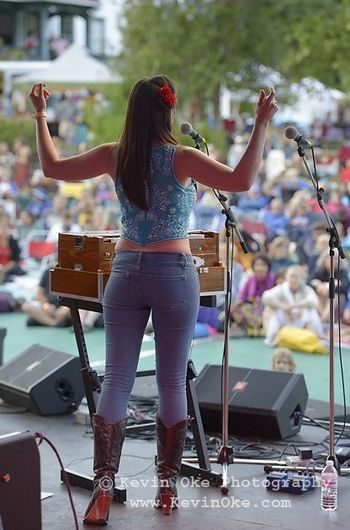 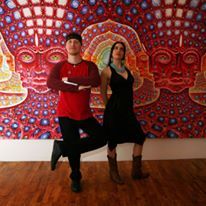 Yoga Journal features ‘Sufi Kirtan’ as #5 in ’10 Best Yoga Tunes of the Year’!

‘Sufi Kirtan’ has been doing wonderfully. Here is some of the recent press coverage. There is more to come!!

-Soul Traveller has featured HuDost’s ‘Sufi Kirtan’ as one of the ‘Top 20 Conscious Albums of 2015’!:
http://www.soultraveller.net/competitions/music-competitions/the-top-20-conscious-music-albums-2015/

-Kindred Spirit Magazine (in the UK) featured Sufi Kirtan in the “News” section of the Sept./Oct. issue: http://kindredspirit.co.uk/product/issue-139/ .

-Watkins’ Mind Body Spirit magazine (primarily available in UK & US) is reviewing in the Music section of Nov/Winter issue and will stock CDs in the Watkins bookstore in London.

-Yoga Chicago reviewed Sufi Kirtan in their Sept/Oct 2015 issue, in an article titled “Who Feels It, Knows It” by Debbie Winston Buzil